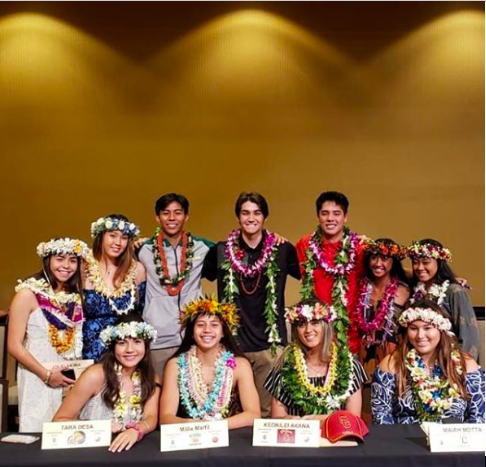 Students Sign to Colleges on National Letter of Intent Day

Eleven senior athletes from Kamehameha Kapalama participated in the National Letter of Intent Ceremony at the Sheraton Waikiki to publicly sign and commit to their future school.

After years of after school practices and training in their respected sports, these students’ hard work paid off for this signing. Colleges acknowledged their ability to balance athletics and academics and believed they would be a perfect fit for their school.

Listed below are the students signed at the Sheraton:

Alongside these warriors, students from around the island also took part in signing to their schools. Sauer said, “It was cool seeing all the different people that I grew up with succeed.”

He plans on continuing studying and baseball at San Diego State University. “I chose SDSU because the campus is super nice and San Diego as a whole is beautiful. The coaching staff was also chill and the most interested in me,” said Sauer. 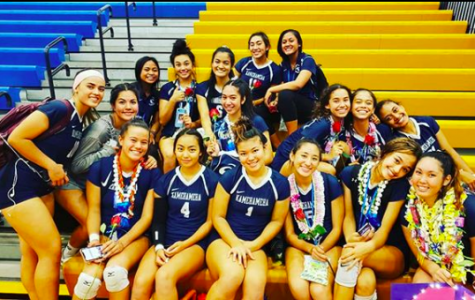 Yesterday’s announcement of the 2019 Under Armour Girls High School All-America Volleyball Teams garnered more attention for the state championship volleyball team. Seniors Bryanne Soares, Keonilei Akana, and Tara Tesa made the list which recognized the top senior volleyball players throughout the U.S. Soares, who is committed to Oral Roberts University, made the All-American second team. Akana,...