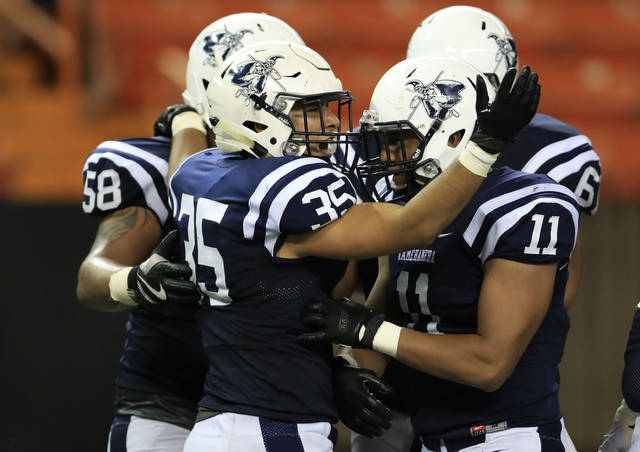 After the season’s conclusion in the ILH playoffs, the Polynesian Bowl will be the next game for these three warrior football seniors to shine in front of college scouts and take their next step into their football careers.

“Getting selected meant the world to me. It really showed me and I hope I can show others that hard work truly does pay off,” said Air Force commit Kupono Blake.

2019 will be the third year of the annual Polynesian Bowl, featuring some of the best high school football seniors from across the country. Only 100 players are selected to the annual all-star game, and many are of Polynesian descent.

“This is another opportunity to play in front of my friends and family on one of the biggest stages in high school this year. It is truly a blessing. Playing with Lokahi and Hoku again is awesome, they are my brothers and we’re going to go out there and show that we belong,” said Blake.

More selections to the game will be released in the coming weeks.

The 2019 Polynesian Bowl kicks off on Saturday, January 19, 2019 at Aloha Stadium. The game will also be televised on CBS Sports Network.