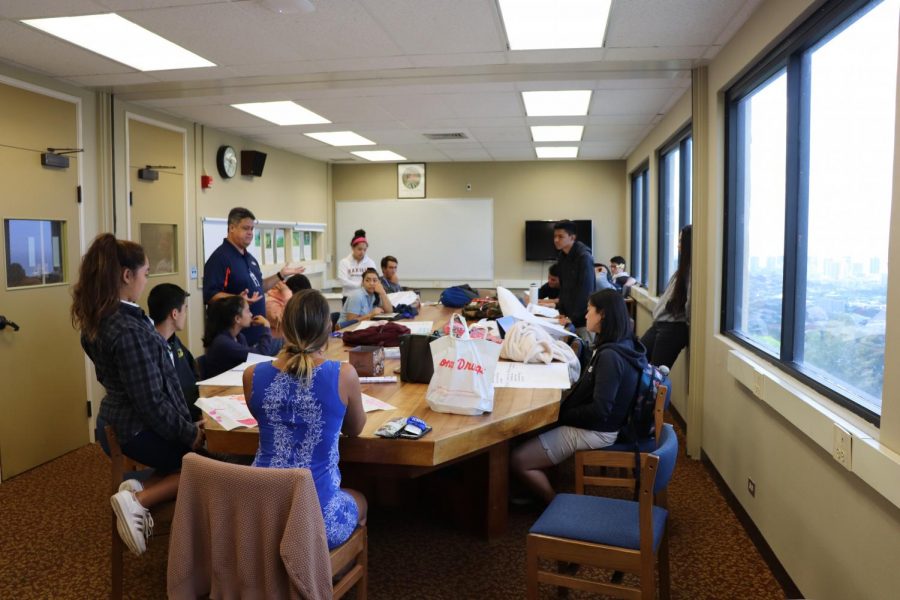 Andrew Lai, a DC Advanced Speech teacher, said that out of his 90 students, only 27 opted for DC. Lai has the same expectations for all his students, but unfortunately, only 30% will receive a GPA boost.

In February 2017, AP English Language teacher Diana Fontaine compiled a packet of emails from ten concerned teachers, one counselor, and one student regarding the new dual credit (DC) program. These letters were sent to the high school principal, vice principal, and curriculum coordinator. Seven months later, they have still received no response.

The reason for grade weighting, as per the Kamehameha Schools Kapālama High School (KSKHS) 2017-2018 Student & Parent Handbook, is that “[h]onors and AP courses are rigorous, and expectations for students enrolled in them are high. As a result, course grades, which determine student GPA and class rank, are weighted differently than the regular program.”

“The dangers of using the one-point boost to lure students into taking DC courses are two-fold,” wrote Jim Slagel, who is the AP English Literature and Composition teacher. “First, it breeds cynicism and makes a mockery of academic standing. […] More importantly, the enticement runs counter to our stated goal of elevating the rigor of our curriculum.”

Students and teachers pointed out that DC courses are no harder than regular courses offered at KS.

“The rigor of my dual courses would get McGregored if they had to box the rigor of my AP courses,” said senior Anuhea Parker, who is taking 4 AP and 2 DC classes. “Nah, but honestly, even though I really love taking my DC courses, the rigor is a joke compared to AP.” Even honors classes, which are graded on a 4.5 scale, are much harder than their DC counterparts. Parker, who took Honors Advanced Interpretive Public Speaking (HAIPS) last year and is now taking DC Advanced Speech, said that the expectations were significantly higher in HAIPS and that she took DC Advanced Speech this year mainly to get the free GPA boost.

Andrew Lai, a DC Advanced Speech teacher, said that out of his 90 students, only 27 opted for DC. Lai has the same expectations for all his students, but unfortunately, only 30% will receive a GPA boost.

KSKHS Co-Coordinator of Curriculum and Instruction Dr. Pua Higa said, “If we’re looking at the outcome of college credits, they both [AP and DC] are similar in that regard. So, it would be difficult to justify why one is getting a 5.0 when they’re both getting the same college credit opportunity.” On the other hand, AP Biology teacher Robert Hutchison said, “We should not treat AP courses and dual credit as equivalent. […] This [requirements from the College Board] has meant a level of rigor and time commitment that goes far beyond our normal classes. To put it simply, our AP courses are harder than a [college] freshman level class.”

Dual credit courses are not weighted at other schools. According to ASKS Presidents Hunter Worth and Camille Poe from the KS Maui and Hawaiʻi campuses, respectively, at KS Maui no grades are weighted, and at KS Hawaiʻi DC is not weighted while honors and AP are. In Hawaiʻi public schools, AP and Higher Level IB courses receive a 5.0 grade weight while courses in their DC program equivalent, called Running Start, do not have any grade weighting, as per HIDOE Regulation 4510.1.

KSKHS teachers said that they were not consulted before DC courses were assigned the same 5.0 transcript advantage as AP.

“We had a meeting in Konia 108-109 two years ago when Mr. Kim was still here,” said AP US History teacher Sarah Razee. “They told us this was going to happen, and the reasons why. We could ask questions, but the questions were limited. I had multiple questions, but I was only really allowed to ask one question.”

“There has been no transparency, and there has been, as far as I know, no teacher input in the making of this decision,” said AP Economics teacher Kuʻuleimomi Cummings, whose name is now associated with a DC economics course she has no control over.

Ultimately, the grade weighting decision comes to the HS Principal. Principal Sheena Alaiasa said, “It comes to our A[dministration] team–basically it will be my decision to end up with. We had input from some teachers. Names–I couldn’t give you at this point. Could we have done a better job of it? We probably could have. There’s no doubt.”

Regarding the original emails sent in February, Alaiasa said, “I thought we did [respond], but obviously, we hadn’t.”

“We are using you folks [students] as guinea pigs,” said Cummings. “And I really hope it works out for you, in your benefit. And if it does, it will all be worth it. Our frustrations as teachers will not matter so long as you folks benefit. But if you don’t–that’s my worst-case scenario.”