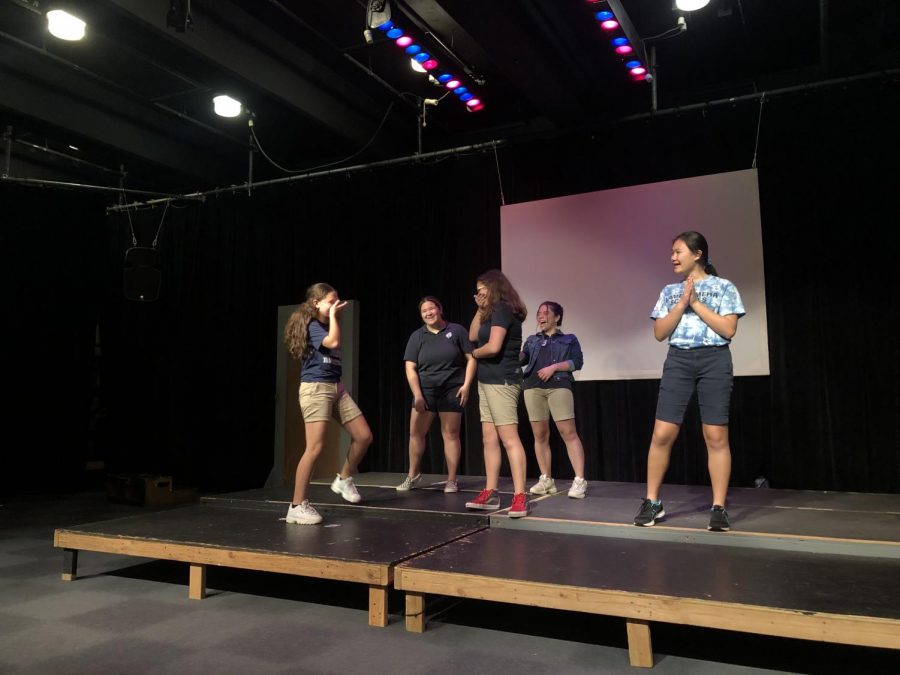 Students are practicing their parts for the upoming plays in the auditorium.

Students in the Advanced Theater class are working to perform five shows this upcoming April and May. Separate from main stage shows like High School Musical and The Hunchback of Notre Dame, these are student directed productions where the students have full control and responsibility to put on a show. Five student directors were chosen to lead their classmates through the development of their respective shows. The productions include Barbie: The Princess and The Pauper directed by Gabriella DiCarlo (‘20), Six the Musical by Maya Sonoda (‘21), The Lightning Thief: The Percy Jackson Musical by Ethan Won (‘20), Dear Evan Hansen by Kaleialoha Froning (‘20), and In the Heights by Marie Richter (‘20). These students were in charge of finding a script, casting, creating choreography and blocking, scheduling times for rehearsal out of class, and keeping everything in check and orderly.

Senior Kealani Lui-Kwan is performing in three out of the five shows: Six the Musical, Dear Evan Hansen, and In the Heights. “I am ecstatic to have the opportunity to play leads in all three shows and I think they are going to be great! Luckily, we have a very good range of solid shows, some many are familiar with.” Froning, director of Dear Evan Hansen, states, “I am very excited to put on a show that means so much to me and has helped shape me as a person. Dear Evan Hansen discusses serious issues that teenagers face like anxiety and depression, the show itself is so moving. I cannot wait for others to see it.”

Show dates may be subject to change but as of now have been announced as:

Barbie: The Princess and The Pauper – April 17

The Lightning Thief: The Percy Jackson Musical – May 1