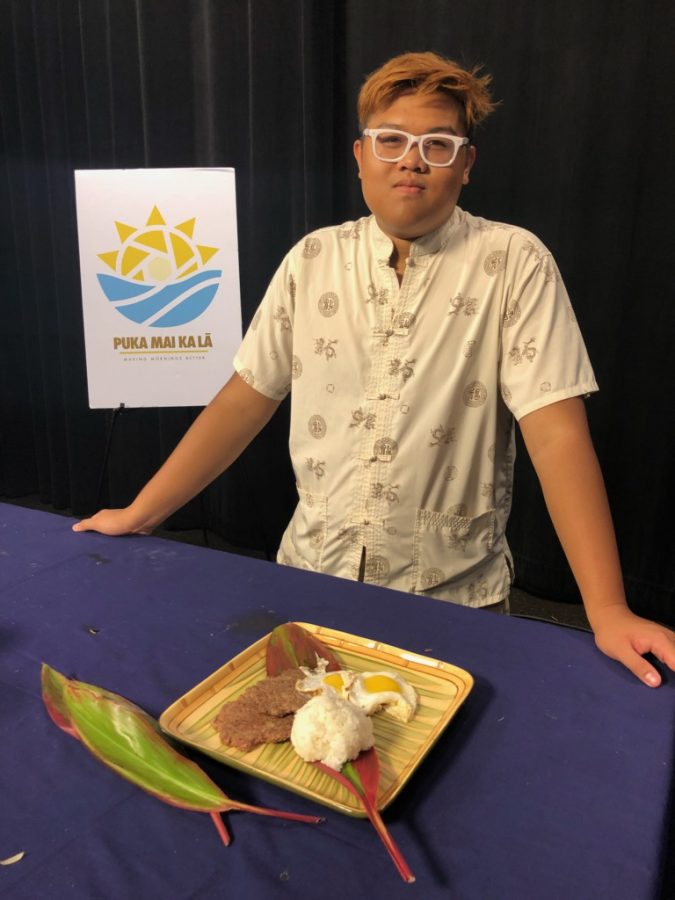 The Puka Mai Ka La crew has introduced a new cooking segment to their morning broadcast. With plans to include creative aspects to each episode, student ideas are encouraged and put to the test.

“Tyson, our in-house chef braddah Aki came up with the idea and he came up with the whole plan and it turned out to be really successful and way better than I expected it to be,” said head advisor Leah Kihara

A few video students were able to visit a live cooking show and help out on set. Student, Tyson Akiona became inspired by his visit and wanted to try out filming a cooking show on Puka Mai Ka La. After the proposal of his idea, it was then reviewed and accepted by Kumu Leah Kihara.

“This is the first time that we’ve ever done a cooking show on Puka Mai Ka La or live Puka Mai Ka La episode with cooking and it was a little nerve racking at first because it seemed like a huge challenge but the students came up with it,” said Leah Kihara

Future episodes since then have been ensured to try new segment ideas in order to see what fits best in the daily broadcast. The contribution of student ideas fueled the making of this new segment and the dynamic of support will continue for years into the near future. Students are greatly encouraged to join the Puka Mai Ka La crew if interested in studio or video production.